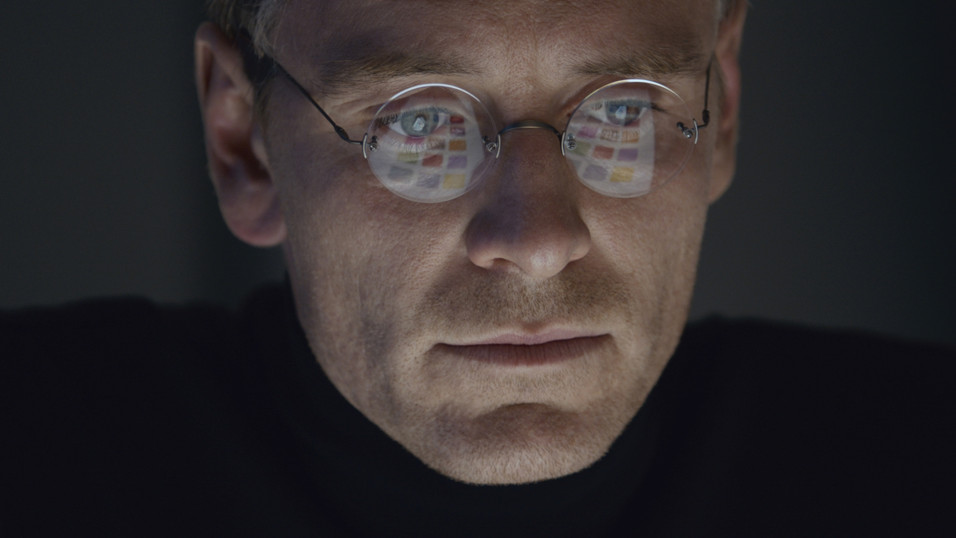 It is upsetting. Frustrating. So much so that I feel an obligation to begin an entirely new section of this site, one that contrasts my usually positive “Mind Blown” series. I don’t like to be negative but I cannot sit idly by whilst an injustice must be brought to light.  Thus we have our first “Mind Groan.”

When I saw Steve Jobs a couple weeks ago, I instantly understood why it got an awkward release despite the all-star cast, commercially successful writer/director duo, and the fact that it is just a damn good movie.  Everyone, including and especially Universal Pictures, was taking a huge risk by putting this film out there. It is not a standard biopic. In fact, writer Aaron Sorkin dislikes the association with that word…understandably so.  It is a magnificently written, superbly acted play that was filmed like a movie, that is based on real life people/events, combining Sorkin’s signature high-speed dialogue with a Chekhovian structure. And this is why it was pulled from over 2,000 theaters on Monday; it’s just too refined, too smart for the masses to handle.

“America is getting dumber.”

I’ve heard a lot of filmmakers from all sides of the camera, from each type of office chime this sad statement. And it’s just getting truer.  In a world of poorly written comic book movies and uninspired remakes, Universal tried to challenge audiences to reach a little higher for an intellectually stimulating experience centering around the man who touched the lives of every single person in the computer-using world and beyond.  I applaud their efforts, avoiding a straightforward rise-to-power story and opting for a unique structure in which the messages of the film are morally challenging and not spoon-fed. They tried to break the negative feedback loop we appear to be trapped in, a growing gap between the filmmaking community and the audiences for whom they create; as we try to make smarter and emotionally richer content, the masses demand less thoughtful work, at least according to the numbers.  There was hope in Straight Outta Compton, a film Universal distributed with Circle of Confusion as the production company.  But Steve Jobs was their earnest attempt to bridge this gap, and it backfired; costing $30 million to make, it has only drawn around $17 million according to the most recent box office results.  Universal has called retreat.  Making matters worse will be the enabling numbers of another Universal film, Jurassic World, which has pulled over $650 million domestic. Don’t even get me started…