Episode 44: Director of My Own Journey with Rich Delia 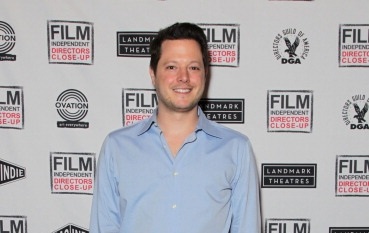 SideKickBack Radio
Episode 44: Director of My Own Journey with Rich Delia

One of the first steps in the filmmaking process is the somewhat mysterious, often underappreciated art of casting. On the latest episode of Sidekickback Radio, I sit down with Casting Director extraordinaire Rich Delia.  You can see his fine work in such films as Dallas Buyers Club, Short Term 12 and currently in theaters, Lights Out. We chat about how he transitioned to casting director from acting, what it takes to find that perfect actor for the role in the casting process and some suggestions for actors strugglin to break through

Fist Fight starring Charlie Day and Ice Cube as two high school teachers who have a score to settle…in the parking lot, after school.

To the Bone – from previous guests of the podcast, Mockingbird Pictures, To the Bone stars Lily Collins as a young woman dealing with anorexia who meets an unconventional doctor (Keanu Reeves) that challenges her to face her condition and embrace life. Written and Directed by Marti Noxon.

The Masterpiece – directed by James Franco, the star-studded cast includes Seth Rogen, Josh Hutcherson, Bryan Cranston, Sharon Stone and Franco himself as they recreate the behind the scenes “magic” that led to the cult classic that is considered to be one of the worst movies ever made, Tommy Wiseau’s The Room.

Stay up to date with his IMDb here!